Discover the Saltiest Lakes in the World

Salty lakes hold a special place in human experience – you must have seen pictures of tourists reading the newspaper while floating in unique lakes. Ever wondered what makes floating not just possible but also so easy and comfortable? The secret lies in the water’s salt concentration: the higher it is, the floatier the water.

While ocean water contains 3.5 percent salt on average, meaning 35 grams per liter, some landlocked lakes contain much more. The reason is, these lakes have inlets that feed them but no outlets that take away excess water and salt. While excess water evaporates, salt remains.

These hypersaline systems can contain up to an impressive 40% salt concentration, which not only vastly surpasses that of seawater but also makes it inhabitable, even unsurvivable, for most organisms.

With a whopping 34% salt content and incredibly beautiful surroundings, the Dead Sea, also known as the Salt Sea, is the most famous of all. While it’s called the Dead Sea, it is not a sea but a lake. Its waters mainly come from the Jordan River and it has no outlets.

The Dead Sea’s extremely high salt concentration means it’s not a hospitable place for fish or corals. In fact, for a long time, scientists thought no life could survive in its harsh environment. Only in the last century, with new technology, scientists discovered microalgae that not only survive but even thrive here. These microalgae, along with the Dead Sea salt and mud, are used in successful skincare formulations.

Though it’s saltier than the Dead Sea, Don Juan Pond is much less famous as it looks like a puddle. It’s only four inches deep. Compared to all the other lakes on this list, its surroundings are the most humble. What makes this body of water so unique is that it never freezes, even at minus fifty degrees. This is thanks to its salt content – at an impressive 40%, it’s saltier than most hypersaline lakes.

Even saltier than Don Juan – at 43% salinity, Gaet’ale Pond is the world’s saltiest naturally-occurring body of water. Located over a hot spring of tectonic origin, this crescent-shaped pond has no visible inlets or outlets. With only 60 meters in diameter, it’s the largest of a series of ponds in the area.

Unlike the Dead Sea, the Gaet’ale Pond isn’t a tourist attraction as its yellow water gives out toxic gases that kill small animals such as birds and insects. It’s believed that these gases can potentially kill humans, too.

The very lake that gave Salt Lake City its name, Utah’s Great Salt Lake is the biggest salt lake in the Western Hemisphere. The salinity of its main basin ranges from 5 to 27%.  Like the Dead Sea, the Great Salt Lake comes with beautiful surroundings including beaches. In fact, it has even been called America’s Dead Sea!

Located in central Turkey, Lake Tuz has a 1,665 km2 (643 sq mi) surface area, making it one of the largest hypersaline lakes in the world. It’s fed by two inlets and has no outlet. Its salinity level stands at 32.4% and with that, it provides 60% of the salt consumed in Turkey. 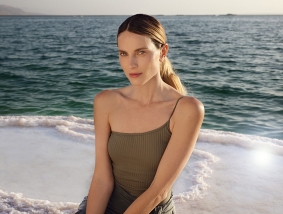 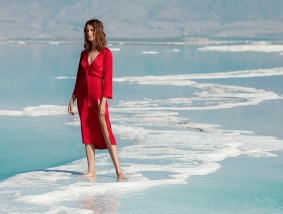 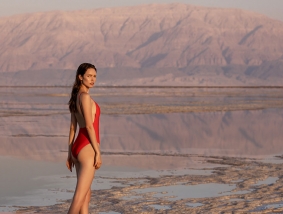