Sulfur is an essential element for all life and one of the most abundant mineral elements found in the human body – in amino acids, vitamins, the skin, and the hair. In nature, it’s found in rocks, volcanoes, and other formations such as the ancient Dead Sea. In its pure form, Sulfur is yellow and has a strong, somewhat unpleasant smell.

Throughout history, sulfur has been used for a myriad of medical purposes as well as skin and hair care concerns. It’s been applied as a treatment for psoriasis, eczema, rosacea, and more. It’s believed to be effective and quick-acting, with a positive response on the skin. Thus, it’s commonly found in masks, soaps, and acne-fighting formulas.

The Incredible Benefits of Sulfur for Skin

So, what is it that sulfur does that’s so amazing? Briefly, the dermatologist-favorite sulfur is believed to:

Sulfur is known to do all this by naturally drying out the skin’s surface,– which is why sulfur-dominant formulas are best used as short-contact cleansers. You don’t want a twenty-minute sulfur treatment. Instead, you want a sulfur soap to wash your skin instantly. Depending on the formula and on your skin type, sulfur-based products can be used every day, even twice a day.

The Deep Benefits of Sulfur for Hair

To understand the benefits of sulfur for hair, we must first take a look at the lifecycle of hair. Over its life span, each hair strand goes through three phases: growth, rest, shed. If you’re worried about hair loss, you must try and extend the growing and resting phases.

Cherished as the holy grail for hair loss, sulfur is believed to support hair growth. Sulfur has also been shown to be a great ingredient for scalp and dandruff therapy. You can refer to the clinical study on UK’s National Institute of Health website for more on the dandruff effect.

We must also add that your hair is built from keratin, which has a high sulfur content, meaning your hair – along with your skin and body – is no stranger to this incredible element.

The Dead Sea and Sulfur

The Dead Sea is incredibly rich with a variety of minerals including sulfur. Dead Sea products – very much depending on the formula, of course – deliver these minerals to your skin and hair, offering different, targeted benefits. Whenever possible, buy Dead Sea products from a reputable brand to make sure your products do what they promise to do, and that they are well-formulated, clean, and animal-friendly. 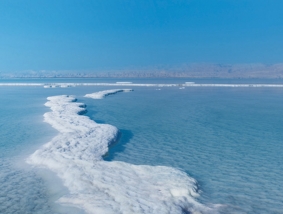 The benefits of minerals for skin health 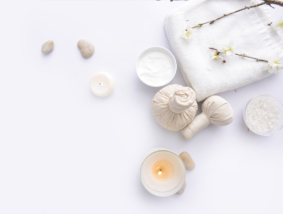