Which Dead Sea products are the best?

Across our beautiful world, lakes come in every shape, size, and even location imaginable – such as the highest point on earth or the lowest. Cascading down mountains, shaped by mineral deposits, or home to unique flowers, some of these lakes offer dazzling, absolutely breathtaking nature-made sceneries. And some, thanks to rare or even inexplicable phenomena, instantly capture the mind and the senses.

Five lakes, in particular, stand out. Each is worth visiting or knowing about – read on to gain a glimpse of the soul of each one.

A UNESCO World Heritage site, Plitvice Lakes are located in the Plitvice Lake National Park in Croatia. They’re actually sixteen lakes that are connected by waterfalls. An outstanding natural beauty, Plitvice Lakes are surrounded by a forest that’s home to rich animal and botanic life including over a hundred bird species. The lakes change color given the season and time of day – green, blue, turquoise, gray, azure.

Sitting at an elevation of 3,812 meters in the Andes Mountains between Bolivia and Peru, Lake Titicaca is the highest lake above sea level in the whole world. With twenty-seven rivers flowing into it as well as melted water from glaciers, it has an extremely rich aquatic habitat, home to more than five hundred species.

For the local population, Lake Titicaca has special importance. Ancient civilizations lived here even before the Incas, making this lake a sacred place for native peoples, historians, and all the history-conscious people.

The Dead Sea – The Lowest Lake in the World

Though it’s called the Dead Sea, this unique body of water located at the lowest point on earth is actually a lake. Also known as the Salt Sea, this lake sits 430.5 meters below sea level, between Israel, Jordan, and the West Bank. It is a hypersaline lake, meaning its salt content is extremely concentrated – nearly ten times as the ocean! This hyper-salinity has translated to no marine or plant life, except for some algae.

Tremendously rich in essential mineral content, the Dead Sea is known as the world’s first spa, rumored to have been visited by royals such as Herod the Great. With twenty-one minerals, the Dead Sea water and mud are great for the skin, attracting millions of tourists every year. Visitors especially love to float on the surface and this they can do thanks to the natural buoyancy of this hypersaline lake.

Lake Pustoye – The Most Mysterious Lake Ever

With countless legends around it, Russia’s Lake Pustoye is the most mysterious lake in the world. “Pustoye” means empty and this lake seems to have been empty of animal life since day 1. Before science, people have simply assumed this lake was haunted, eerie, just inexplicably dangerous. Today, scientists know that it has a unique chemical make-up with highly toxic concentrations of methane and hydrogen sulphide that kills off any fish or other animal that swims into it. Even humans die and the trees around the lake wither away.

Indonesia’s Kelimutu Lakes are volcanic crater lakes that were formed by explosive activity during past Kelimutu eruptions. There are three of them: Tiwu Ata Mbupu, which means “Lake of Old People,” Tiwu Nuwa Muri Koo Fai, which means “Lake of Young Men and Maidens,” and Tiwu Ata Polo which is “Bewitched or Enchanted Lake.” Each one of these lakes is distinct in appearance and chemical makeup. Their colors differ, from green to red to black, and each color is the strongest after sunrise until noon, as the sun shines from above. 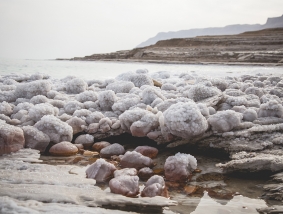 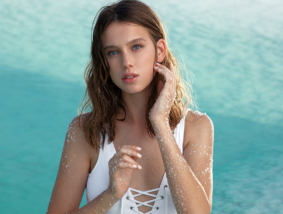